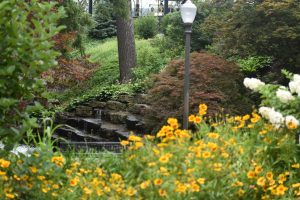 Enjoy the tranquility of the gardens alongside Lake Decatur with a visit to the Anna Bethel Fisher Rock Garden. Built in 1927, the garden was renovated in 1992. Today, the area is home to stately cypress trees that provide shade for a variety of flowering plants nestled among the boulders. The Anna Bethel Fisher Rock Garden, located in Nelson Park, is open from 7:30 a.m. until dusk in season. 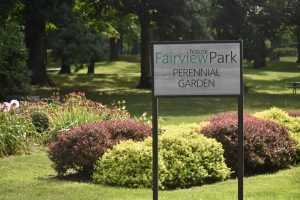 Planted in 1958 and 1959 by the Stephen Decatur Rose Society, Fairview Park’s iconic rose garden has benefited greatly from the generosity of the Morey family. Horticulture staff has renovated and restored the garden that now includes roses, low hedges, annuals and perennials cultivated at the Schaub Floral Display Center greenhouse. 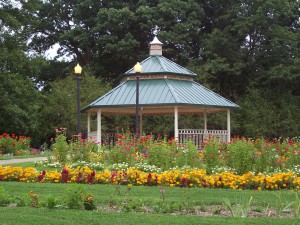 The flowers in Scovill Park bloom from May 1st through the season’s first frost. Situated among towering trees and beautiful flower beds, the gazebo adjacent to Scovill Zoo and the Sculpture Park is a popular site for weddings. Call 421-7435 for information about reserving the gazebo.

Located in Sportsman’s Park (3415 E. Lost Bridge Rd.), the Schaub Floral Display Center & Greenhouse features beautiful seasonal plantings and serves as the propagation and storage center for trees, shrubs and flowers planted in parks across our community. The center and greenhouse 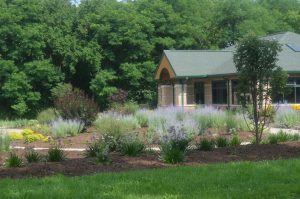 were made possible through grants and a generous gift from the former Lindsay-Schaub newspapers, along with Robert D. Schaub, whose grandfather, Howard C. Schaub, was the first president of the Decatur Park Board of Commissioners. In 2013, Alesia and Howard Schaub made a gift of $50,000 to create an outdoor garden in memory of Norma Schaub that is now a destination place for special photos. Hours are 9 a.m. – 3 p.m. daily.

For more information about the center, including volunteer opportunities, please call Josh at 421-7550. 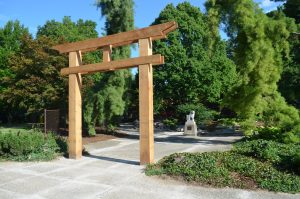 This beautiful Chinese-inspired garden was built by Guy and Rose Scovill in the 1920’s and ’30s. In 1948, the Scovill Family deeded their farm to the Decatur Park District. Today, the garden also features the Wikoff Oriental Garden Terrace. Located in Scovill Park (71 S. Country Club Rd.), the garden is open from 7:30 until dusk. 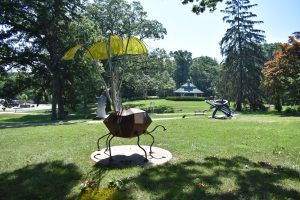 The Decatur Parks Foundation, along with the Decatur Park District, Children’s Museum of Illinois, Decatur Area Arts Council, and Neuhoff Media, began conversations in October 2015 for an exciting, accessible, outdoor art development in Scovill Park. Shortly thereafter, the idea was proposed to a private philanthropist, who invested $250,000 to fund the project in its entirety.