The Decatur Park District is the focal point for parks, recreation, and aviation activity in the greater Decatur area. The District operates 2,000 acres of park land, an indoor sports center, regional airport, two golf courses, softball, soccer and tennis complexes, athletic fields, a community aquatics center, an AZA-accredited zoo, arts & recreation center, senior center, and Overlook Adventure Park. The Decatur Park District strives to enrich the lives of all in our community and continues to earn honors for its partnerships and service excellence.

The Decatur Park District has received both regional and national recognition. In 2000,we received the Great Lakes Region Partnership Award. In 2000 and 2016, we earned distinction as a National Recreation & Parks Association Gold Medal Finalist. In 2020, we earned the Class IV NRPA National Gold Medal Award! We have been recognized as an IAPD/IPRA Distinguished Accredited Agency since 1999, achieving re-accreditation in 2018.

In October 2020, the Decatur Park District received the National Gold Medal Award for Excellence in Park and Recreation Management by the National Recreation and Park Association (NRPA) and the American Academy of Parks and Recreation Administration (AAPRA). The award was presented during the 2020 NRPA Annual Conference: A Virtual Experience.

This award could not have been possible without the hard work and dedication from the Decatur Park Board of Commissioners, District staff, volunteers, donors and community collaborators over the last 96 years.

In presenting the Grand Plaques, AAPRA President Dianne Hoover shared, “The National Gold Medal Awards, both the Finalist and the Grand Plaques, are especially significant this year as agencies were adapting to a new normal due to the COVID-19 pandemic. Agencies were experiencing unprecedented increase in park usage at the same time they were adapting to new recreation program delivery challenges. Each agency is to be commended and congratulated.”

Founded in 1965, the National Gold Medal Awards program honors communities throughout the United States that demonstrate excellence in parks and recreation through long-range planning, resource management, volunteerism, environmental stewardship, program development, professional development and agency recognition. Agencies are judged on their ability to address the needs of those they serve through the collective energies of community members, staff and elected officials.

A panel of five park and recreation professionals reviews and judges all application materials. Judges are chosen for their considerable experience and knowledge in parks and recreation on both the local and national levels.

To learn more about the Gold Medal Awards, visit aapra.org or nrpa.org/awards. 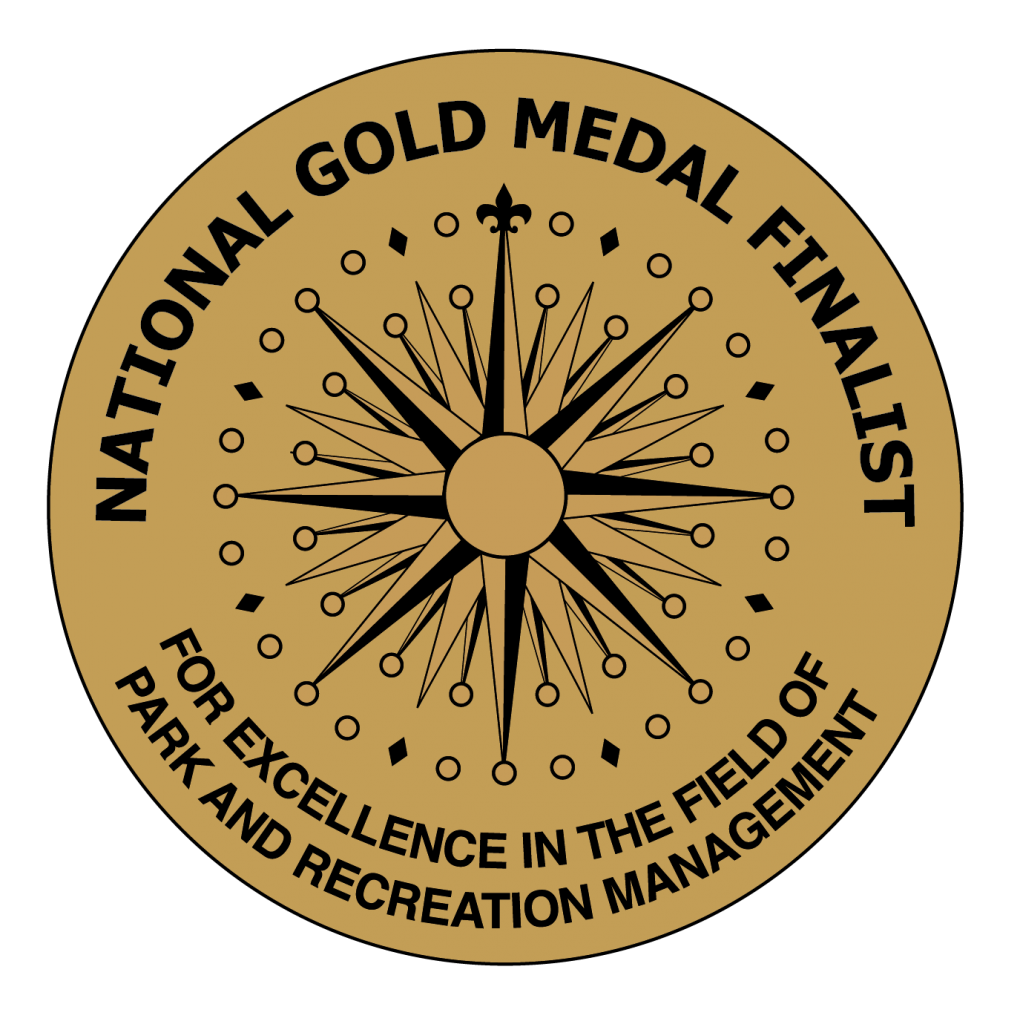 “To receive national recognition as a Gold Medal Finalist is a great honor and speaks highly of our Park District leadership and staff who give 100% each day so our community members and visitors can enjoy all that our Park District has to offer,” said Park Board President Bob Brilley, II. “This recognition is also earned with the help of our sponsors, partners, and volunteers. Without them, we couldn’t do what we do.” The entry submission included an application detailing financial data and a parks inventory, 9 essays, a 250-word Park District summary, Master Plan summary, 3 photographs, and a 5-minute video. Winners were announced on October 6, 2016 at the NRPA Conference in St. Louis.

Beginning in 2007, the Decatur Park District received the following Illinois Association of Park Districts “Best of the Best” Awards:

In 2011, Executive Director Bill Clevenger was honored with the IPRA Robert Artz Award for Distinguished Service. This prestigious award is based upon contributions that provide lasting value and create an awareness of the importance of parks & recreation in the community in which the individual serves.

At the 2013 Illinois Association of Park Districts/Illinois Park & Recreation Association Soaring to New Heights Conference, Park Board President Chris Riley was honored as Commissioner of the Year. Riley was selected from among 2,100 elected board members at 460 park districts, forest preserves, and conservation districts across the state of Illinois. 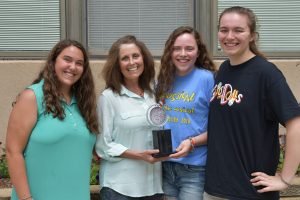 This summer, cultural arts manager Marie Jagger-Taylor received an Honorable Mention in the Excellence in Theater Education Tony Award, presented by Carnegie Mellon. She was nominated by students Amanda and Becca Allgeier, and Chloe Clark. The honor recognizes a K-12 theater education who has demonstrated “monumental impact on the lives of students and who embodies the highest standards of the profession.”

At the 2019 NRPA Annual Conference in Baltimore, Maryland, Chris Riley, former Decatur Park Board Commissioner received the Robert M. Artz Advocate Award by the National Recreation and Park Association (NRPA). The Robert M. Artz Award recognizes an advocate, an elected or appointed official, or volunteer who has demonstrated outstanding efforts to forward public parks and recreation through education and activating the public in their community, state or at the national level.

The District’s Scovill Zoo earned re-accreditation by the Association of Zoos and Aquariums in 2017.